Get fresh music recommendations delivered to your inbox every Friday.

The Lonely World Of The Dudley Corporation - 10th Anniversary Remasters 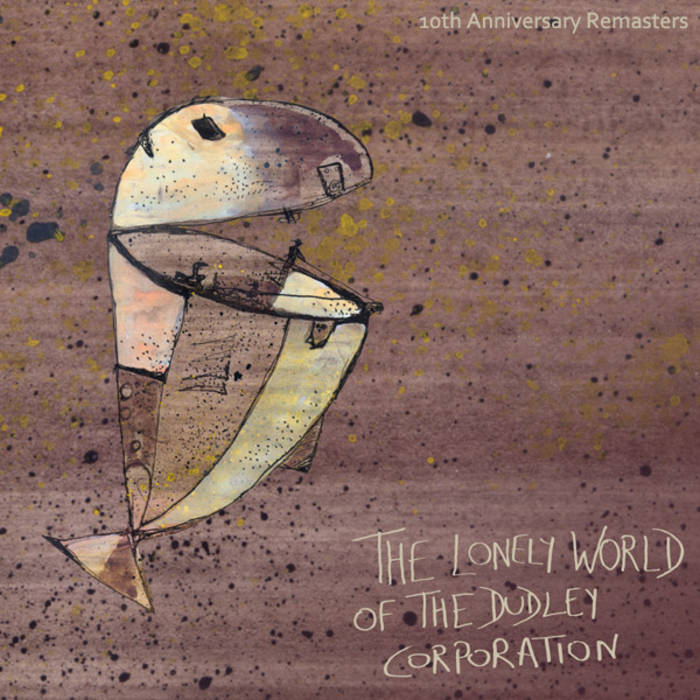 Those who purchase the whole LP get a bonus track, a song not good enough to get on the LP at the time. A terrible song! There's an incentive for you!

'The Lonely World' is the first LP by our band The Dudley Corporation.

When booking Chem 19 in Glasgow, and telling the studio we intended to record and mix 15 songs in 4 days, I distinctly remember a barrel of guffaws ringing down the phone line. Quite remarkably, a diet of Old Jamaican Ginger Beer and the remarkable stamina of engineer Andy Miller, saw us through.

As it was all recorded in such a flurry, memories are hazy but it was an experience I remember with great fondness. Things like drinking so much tea on the first day we almost had to abandon the sessions we were so jittery with caffeine, Alan Barr from the Delgados dropping in to play sublime cello in return for a bottle of whiskey and a bag of chips, which sat beside him as he recorded. Pip sleeping soundly on the couch while all hell broke loose with the loudest guitar overdubs ever. The ever disappearing lack of human colour from poor Andy's face as we put him through hell and the hours wore on. Never did he flag with his cry of "that's great, pal!" or "d'ya wanney come 'n havae lishen?" after each take.

During the big group choir ending of the last song, in the tiny gap right at the end you can just hear the briefest snippet of a mobile phone going off, much to the dismay of it's owner, Linda, who was even more appalled at having to tell us it was a Belle & Sebastian ringtone. I wonder should we have cleared the rights to that. Just before that moment, too, you can barely hear Andy and his droll cameo, "This will end the album". Which it certainly did.

Anyway, it was a remarkable experience, and one that's been a pleasure to revisit for these remasters. As everything was done in such a flurry of youthful haste, we've never been overly happy with the finished sound of the album, and can blame no-one other than ourselves and our impatience to get it completed.

Thats why we were so delighted when our friend Dubh David Black offered to have a look at polishing up the original recordings, little did we know he'd spend months poring over every detail and doing his damnedest to help the music really come to life. It's been a revelation to have the murky low end cleaned up, and for Pip's phenomenal bass playing to finally get the highlight in the mix it deserves. This was the only LP Pip played on with us, so it's brilliant now that his hugely important corner of the Corpo is properly presented.

Anyway, 10 years on and we're still following a foolhardy notion of trying to live up to that first LP, it just takes us a lot longer these days....

The Corpo are Pip, Dudley and Joss.

Remastered in 2011 by Dubh David Black in A Wooden Spaceship, Portland, Oregon.

Many special thanks to Dubh who went above and beyond in making us happy with the remasters.

Lance Skiiiwalker joins the show to discuss his most recent releases