Get fresh music recommendations delivered to your inbox every Friday.
We've updated our Terms of Use. You can review the changes here.

Year Of The Husband 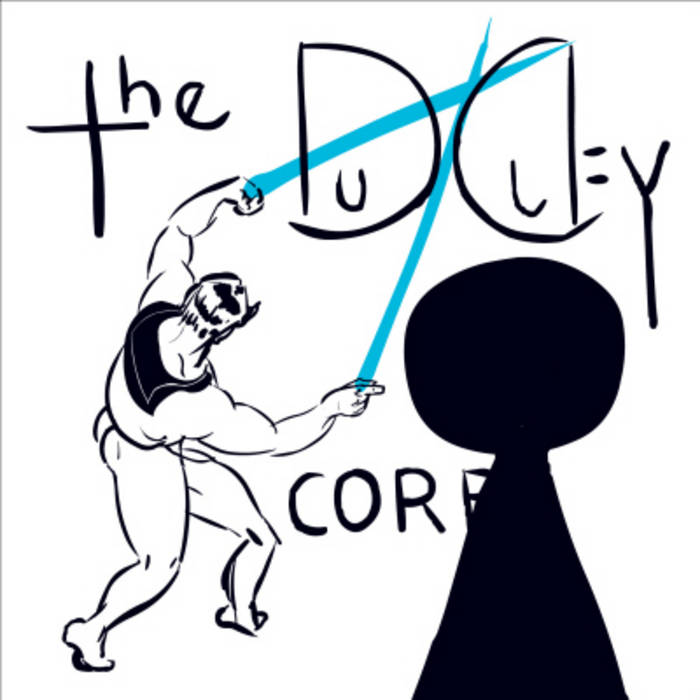 "Year Of The Husband" is the 3rd LP by The Dudley Corporation. With our 3rd bass player! Thankfully Mark has been with us now for more years than we all care to remember

Released by US label Absolutely Kosher in Summer 2008, it was an LP borne of a protracted gestation. Sessions took place in France, the US and Ireland, including the legendary Inner Ear (Fugazi/Dischord) in Washington DC. Guests include Carol Keogh, Nigel Farrely and Kenseth Thibideaux. Something like 4 years in the making. Ridiculous.

The artwork was by Rick Froberg, him out of Drive Like Jehu, Hot Snakes and now Obits. Check his things at rfroberg.tumblr.com

You can purchase the physical copies of the LP from www.absolutelykosher.com.

In this, the year of the husband, the Corpo were Mark, Joss and Dudley. Instruments played included a bunch of guitars, bass, drums, tambourine, saw, piano, mellotron, lovely whistle and a microkorg. Carol Keogh sang for Ireland on a bunch of stuff, as did Nigel Farrely and Love Story In Blood Red.

Kenseth Thibideaux spread his talents on us while Brian and Nataly Kelly sailed over some smooth piano. Steve Kiraly percussed and Jeff Linnell flauted.

All songs written by the Corpo, except the piano bit on "Stepout", sampled from "Battle Lines Are Drawn" by Waiting Room, 2nd verse written by Carol Keogh and "Don't Give Up, Stupid" written with Kenseth

Mixed by Kris Poulin at Sexist Chocolate and Volume in Chicago, Rob Bochnik at Robowski, and David Odlum at Black Box.

Front cover and crows by Rick Froberg
www.rickfroberg.com
Back cover by Dudley

For Barb, Jill and Giita